Upon chatting with my client about various topics he mentioned that he wasn’t getting the type of response he was hoping for from Google Ads he had placed despite people clicking through to his website.  Taking a look, I could see his problem.He said he could track that people did click on his link but that they really didn’t visit the website beyond the home page (see before and after images below).  I suggested he let me do a quick mockup for a few hundred dollars and make a proposal he could see, after making a few suggestions of how it would work for him, understanding that he would have to manage it and that his skill level was basic. 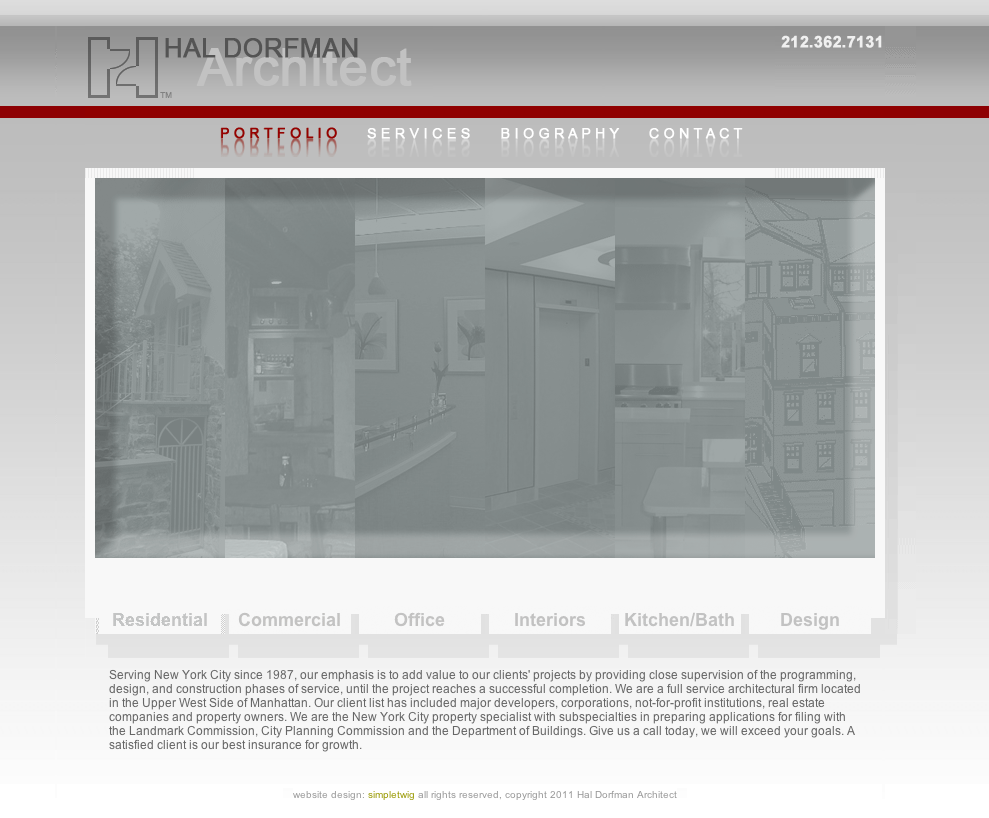 So after he responded positively to the mockup he said go ahead and make the site.  A couple of weeks later and this site went live, but before it did we created a semi-live mockup where he could follow the progress to see how it was progressing which he did HERE at SimpleTwig.  On our site you’ll be able to see the full website in it’s original form, before Hal attempts to make changes that may or may not work.

But, as far a simplicity for his use, I made the entire website with simple images.  That is he could basically change any part of the site by simply substituting out an old image for a new image, as long as he kept the same title and put it in the same place on the ftp server.  Of course I set up his ftp and next week we’re going to do a walk-through of changing an image so he can see first hand how it is done.  Further I created easy to follow categories that are alphabetically set up so it will be easy for him to navigate and find what he is looking for.  No extra odd named folders/directories, nothing out of place and everything heirarchically ordered.

Beyond the basic site I was commissioned to create, I also gave him a few extras, like an animated logo, animated portfolio project (in the design section) and also formatted the image sizes so that HD video could be used with a simple copy/paste of the embed code right into the html text.  Hundreds of roll-over images round out the experience that should give visitors a positive journey through his works.

The website design itself has a clear and ‘simple to use’ navigation system making easy for first time users to feel confident that they will not get lost.  After all they’re searching for projects they can relate to and having to make an effort to see something will turn them off quick.  And speed was our second motive as every image was made to be as small as possible, sometimes substituting a number instead of an actual image in order to gain precious split-seconds of load time.  While the background remains neutral (the red introduced as per the client’s wishes) to allow the images themselves to jump off the page, keeping the focus where it should be while allowing the user to easily move through the site.  Finally the Home Page and Portfolio introduction are one in the same, speeding up the experience of the user and allowing them to get on with business.

In the end SimpleTwig delivers professional work that enables people to succeed.  We do this for everyone, even our competition.  It reflects on our honest nature that we are all in this world together and that it takes every individual to make it a better place.  I will continue to do my part, and all, for this project which involved hundreds of images and pages, for $2000.

BEFORE AND AFTER EXAMPLE:

The Hal Dorfman Architect website designed and installed by SimpleTwigWeb is now live at www.hdarchitect.com.  Above you can see what my client was using as a website and what we’ve designed for them.