Robert Venturi, Denise Brown and Steven Izen’s book ‘Learning from Las Vegas‘ makes an argument for finding order with in an apparently chaotic urban environment and using this supposed gained knowledge as justification for design.  It has been a long time since I read that book, but essentially he creates figure/ground diagrams of a variety of components about that city, like patterns made from cars, roads, telephone poles (actually I should be taking a quick look at the book to be sure of my examples, but hey, don’t have the time).  The impression the book gave was that ‘disorder’ can have an underlying order which is ‘okay’, opening opportunities for design. 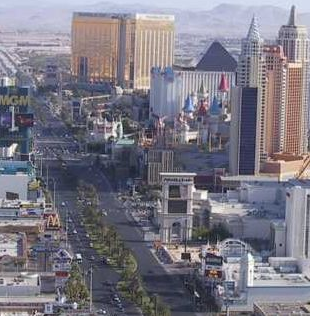 This image, taken by Nick Buccalo, is of a portion of Hadrian’s Villa and illustrates the notion that architecture is layered of varying components, each fully succeeding at their given task, to create a beautiful whole.  One, architects, can learn much from putting what exists in perspective and applying the lessons they learn in appropriate ways.  Notice how the Romans mastered the flat brick arch, the veneer,the barrel vault with buttressing masonry to eliminate outward movement, and of course their special volcanic concrete, lightweight and extra strong.