Brooklyn, a ‘city’ onto itself. But has it really matured the way one would hope? For every decision that is made in the building of a city, those who inhabit that city can enjoy or endure the results.  Let us take a quick compare and contrast of Brooklyn in relationship to Boston’s South End.

When looking at this map, it should be readily clear to everyone that Brooklyn has a serious lack of accessible parks.  Yes Brooklyn has Prospect Park which is truly wonderful, but people do not live in Prospect Park and if a survey were ever done one could establish a class separation among it’s users.  Why? Well those who use the park the most are those who live within a certain distance of it, giving them easy and convenient access.  The park itself promotes better quality and thus more expensive housing and therefore those who can afford to live near the park are of a higher income bracket than those who live farther away.

Given that both maps above are of the same scale, Brooklyn is looking rather pathetic with the only significant ‘green’ area being a cemetery.  In fact the parks that are there are so small that one might miss them. And then there’s the South End of Boston, where there is a variety of park sizes reflecting the variety of those who use them, that is, people have a variety of varying needs and having a robust diversity ensures that the majority of needs will be met.

And lets not forget the financial incentive to creating parks. As an example, given a choice would you rather live looking towards a park, or facing another residence 80 feet away?  What parks can do is invigorate a neighborhood to plant, to landscape and to maintain. It encourages developers to build nicer buildings instead of viewing an area as desperate and not worth the investment. It generates a positive sense of self worth living in quality neighborhoods that can translate into happier more confident people, and as a result be a source of pride for a city.

Building a quality neighborhood is like building a solid building, the facade may be made up of bricks, but there are also windows, doors, details, inlays, keystones and other components that create the composition, and if those elements are ‘rotten’, i.e. of poor quality, of poor proportion, of poor relationship, the building will be abused and forgotten, as well as the neighborhood. 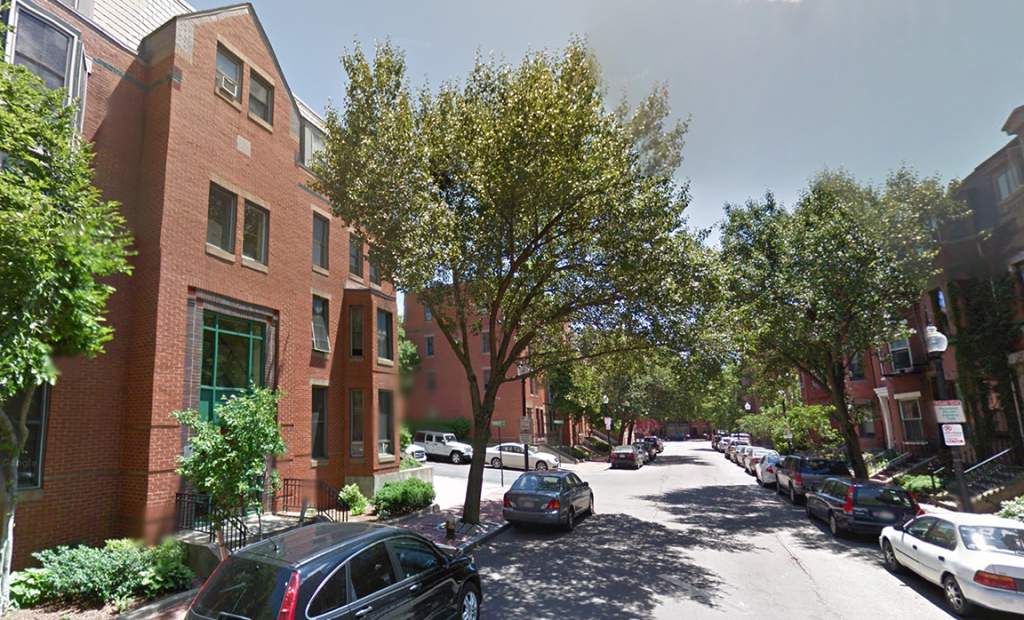 In the above image, this Boston South End street shows the care both new and old residents have taken to create their own oasis on what is just an ordinary flat piece of land.  The project on the left is actually affordable housing, design by me, the author of this article Nick Buccalo, while working for Goody Clancy & Associates.  Note on the left the little curb for the planting area.  There are no fences, to keep costs down, but instead I use the fence/railing at the entrance to help keep people from cutting across the garden.  There is also no graffiti.  The project, completed many years ago, now has mature trees to highlight it’s age, and this project, the foundation for the revitalization for the neighborhood, has brought with it a new spirit for the South End which is being enjoyed to this day.

Parks also create a focal point for neighborhood identity.  They, along with urban plazas, can be the center of attention, the organizing element, the thing that gathers others around, like how a camp fire can bring people together. They create unique architectural opportunities that a rectangular block will rarely have, and thus build character and interest.

For Brooklyn these days, the emphasis has been to plant trees along it’s streets, and this is a start. I suspect that the obvious deserted feel many streets have has penetrated the consensus of law makers along with a desire to improve our overall environment. But there is a fundamental ideological block that still exists in New York City, and that is the notion that ‘we’ should pack as much money generating buildings on our land as possible, without the understanding or even comprehension that such an approach leaves block after block a desolate wasteland that strains to produce any taxable revenue, and only encourages the repression of it’s citizens, the one resource cities should value above all else.

In order to infuse our streets with life we need to build places that create unique focal points and identities. The result will be, much like Boston, an ever growing patch work of identifiable neighborhoods that encourage all the positives a human can imagine.   Related to this is the definition of borders, and defined in the same positive way as the core, so all within can fill in with an attitude of improvement and enjoyment for all, not using highways, rail lines, etc. to do one’s defining.

And that, is how you build a world that endorses human values.

This article was written very quickly one March morning.  If you spot mistakes, please let me know.  Add your thoughts to the discussion, all views are welcome.  Thanks.