END_OF_DOCUMENT_TOKEN_TO_BE_REPLACED

Every winter, at least those with a lot of snow, we pull out our shovels and get to it. But there are things you can do to make the snow go away faster, and make the job easier…

It goes without saying that removing snow from sidewalks is imperative to keep people safe from falls and make life easier for those pushing strollers, or for old people to get around.  One winter while shoveling my own sidewalk I looked across a street and saw an elderly woman literally stuck at a crosswalk.  There was no way for her to cross as the snow was just too deep. Upon approaching her with my shovel she quickly apologized saying she had to get to the pharmacy.  So I shoveled a path for her to get to the other sidewalk.  It’s just too bad those who lived on those corner lots didn’t take care of this themselves.

So lets get to the tips:

END_OF_DOCUMENT_TOKEN_TO_BE_REPLACED

Spring is upon us and you may be thinking of repairing that winter masonry damage, or sprucing the masonry in your back yard.  Here are some things you should know…

END_OF_DOCUMENT_TOKEN_TO_BE_REPLACED

One human standing on this earth can change the world.
Together, we can change everything for the better of all.

The site location: With a commanding peninsula overlooking the entire valley, this site lends itself to making the most of these spectacular views… END_OF_DOCUMENT_TOKEN_TO_BE_REPLACED 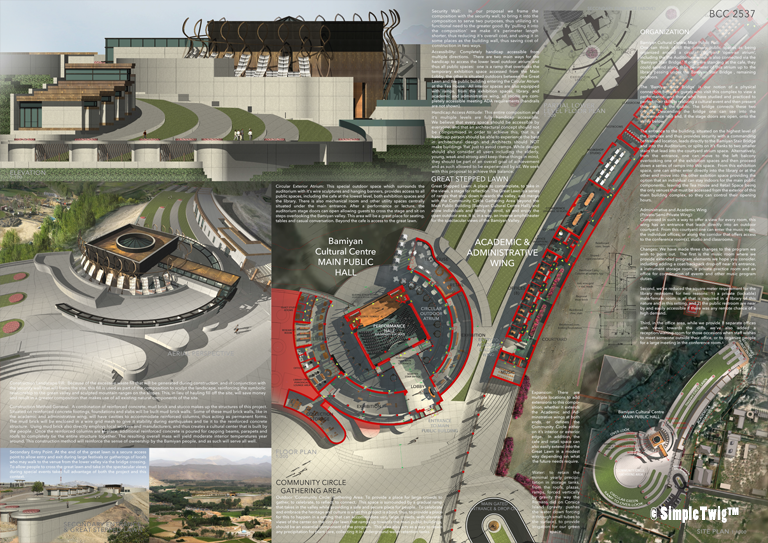 This proposal is about these people and their place.  It is not about injecting an edifice that reflects a foreign culture, or afraid and thus hidden underground, but instead echoes the best cultural center that would be appropriate for this place and these people…

END_OF_DOCUMENT_TOKEN_TO_BE_REPLACED 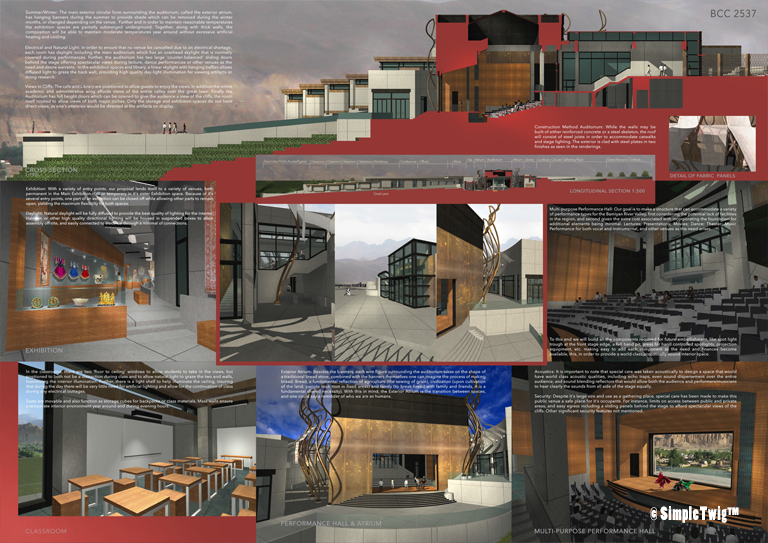 This proposal is about these people and their place.  It is not about injecting an edifice that reflects a foreign culture, but instead echoes the best cultural center that would be appropriate for this place and these people…

END_OF_DOCUMENT_TOKEN_TO_BE_REPLACED

We want to congratulate to Winning Entry and the top five entries of the international Bamiyan Cultural Centre competition in Afghanistan, and, we acknowledge just how proud we are to be able to participate in this competition. In the coming months we will release… END_OF_DOCUMENT_TOKEN_TO_BE_REPLACED

As an Architect and Architectural Designer, I’ve been very interested in what may develop at the World Trade Center Site. Upon review of the 6 alternatives in the July 11th issue of the New York Times, it is very clear to me just who the Architectural firm was who created the schemes were catering to the Developers of the site.

END_OF_DOCUMENT_TOKEN_TO_BE_REPLACED

At this time in our human history it is imperative that we give the ‘Super High-Rise’ a chance of survival. Survival means, re-establishing the public confidence that the new generation of Super High-Rise buildings will be the safest place on earth to be, in case of any human-made or natural emergency.

Because of a High-Rises inherent redundancy, most of these features can be incorporated without additional cost or at a minimal cost. Many of these features will also create a high-rise building that looks great which will increase its value and longevity.

It is time for the development of a new set of priorities for the ‘Super High Rise Buildings of the Future’ now, which will increase the successful egress of all tenants safely in cases of fire. Deal with issues of smoke evacuation, fire suppression, the role of the fire fighter, redundant structural issues, increased weight loads, structural partitioning, egress systems, personal protective measures, structural protective systems, fire control center systems and capabilities, etc.