______________________________________________
From: NowPublic: article: Broadway Goes Green
The lights on Broadway are not going out, but they will be turning ‘green’ soon.The marquees in New York’s Broadway Theatre District plan to save energy and the environment, and go a bit more green.The ‘Great White Way’ where all the marquees are located, with all the billboard lights, will be the ‘Great Green Way’ according to Mayor Michael Bloomberg, as everyone tries to cut energy bills and lower the city’s carbon output.Already, 10 Broadway theaters have changed 10,000 exterior and interior bulbs to more energy efficient compact fluorescent bulbs as part of the initiative organized by the mayor, the Broadway League and the National Resources Defense Council.

Broadway theaters plan to do everything from washing their costumes in cold water to producing and disposing of sets in a more environmentally friendly way to lower the theater industry’s carbon footprint, organizers said.

Several characters from Broadway shows made cameo appearances in support of the plan to lower carbon emissions.

Reporting by Rebekah Kebede; Editing by Cynthia Osterman. Source: Yahoo News: Broadway’s “Great White Way” goes green
To get a flavor of the New Victory Theater and what it means to people, check out this beautiful FaceBook album set by Jonatan Rodriguez : https://www.facebook.com/genesisdelsonido/media_set?set=a.10205997162193368&type=1
SimpleTwig Photos: 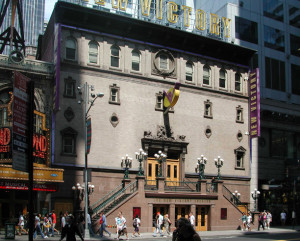 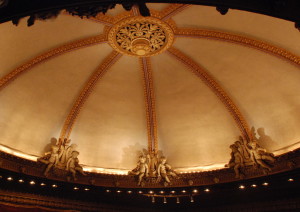 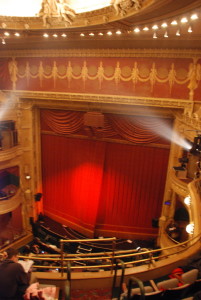